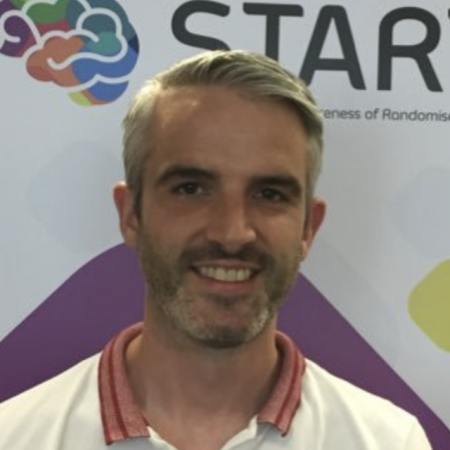 Dr Tom Conway received a BA in Psychology, a MSc in Health Psychology and a PhD in Developmental Psychology all from NUI Galway. After completing his PhD, Tom was appointed as a postdoctoral qualitative researcher with the HRB-TMRN to evaluate the HRB-TMRN Schools Teaching Awareness of Randomised Trials (START) Competition. During this tenure, Tom was also appointed as Acting Program Manager of the HRB-TMRN. Tom was then appointed as a Clinical Trial Co-ordinator at the Clinical Research Facility Galway where he was also the CRFG liaison for the HRB-TMRN. Tom is now a postdoctoral researcher with Evidence Synthesis Ireland and the HBR-TMRN.

Sign up for the next @EvidSynIRL webinar on 11th February: https://buff.ly/2BuAnE1
Find out how Canadians quickly mobilized to meaningfully involve patients, caregivers, & members of the ... public in the #COVID19 response to the unprecedented demand for rapid evidence synthesis.

This website uses cookies to improve your experience while you navigate through the website. Out of these, the cookies that are categorized as necessary are stored on your browser as they are essential for the working of basic functionalities of the website. We also use third-party cookies that help us analyze and understand how you use this website. These cookies will be stored in your browser only with your consent. You also have the option to opt-out of these cookies. But opting out of some of these cookies may affect your browsing experience.
Necessary Always Enabled
Necessary cookies are absolutely essential for the website to function properly. This category only includes cookies that ensures basic functionalities and security features of the website. These cookies do not store any personal information.
Non-necessary
Any cookies that may not be particularly necessary for the website to function and is used specifically to collect user personal data via analytics, ads, other embedded contents are termed as non-necessary cookies. It is mandatory to procure user consent prior to running these cookies on your website.
SAVE & ACCEPT